If you would have asked me 15 years ago what I would be doing as I stumbled towards my late 30s, I would probably have answered, with cringing naivety: “saving the world”.

If that failed, perchance a writer of some renown. Or some kind of respected scientist pointing expensive lasers at things and wearing tweed. Maybe a farmer growing organic crops in Kerry.

Or – if I really let my imagination wander – nestled snugly between the breasts of Hope Sandoval. What I would not have answered, not in my wildest dreams, was “living in Sweden”.

Because what did I know about Sweden? Zilch. Zero. Nada. When I first saw the country I was mildly surprised that they had building, running water and policemen. I cheered when I discovered that they had Guinness. And I cried bitterly when I could not find, no matter how hard I tried, a single bloody potato waffle.

I didn’t really plan to stay but, for a dense knot of reasons, I did. And now, 12 years later, I can no longer deny what I am: an expatriate.

Nowadays when I go back to visit Ireland, I am convinced that I am going home. And then, after a week of traffic fumes, bad cooking, ugly houses, enormous shapeless arses and chilling rain, all I can think about is going back “home” to Stockholm.

And this, my friends, is the curse of the expat: to have a foot in several cultures but not be totally at home in any of them.

Still, thanks to my green blood I get away with a lot in my adopted country. I can pretend to not understand the queuing; I am always consulted when bars have to be chosen; and the Swedish girls do love a nice Irishman. 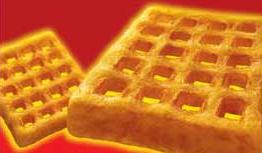 We want to give you the sights, the sounds – and the smells – of what it is like to live in a place that feels like home but will always be just a little confusing and surreal.

My comrade-in-blog LadyFi has been in Sweden for about as long as I have. And here she gives on a good introduction to the hows and whys of becoming an expat in the last place on Earth.

Rottin’ in Denmark, a temporary citizen of the second best Scandinavian country, has spotted some outdoor baby parking, a grand old Danish tradition. And a decidedly odd one.

Louise, a former Londoner currently with a splendid view over Carmen Superiore, tells us about learning to drive in Italy

Expat 21’s blog is a gold mine of fascinating articles, and one of the more exotic expats on offer today, an American woman living in the Middle East. She gives us a very thoughtful and interesting article about alcohol consumption in Muslim countries.

American in Norway has probably been in Norway too long. And then she goes and makes some new years resolutions and proceeds to break them immediately

Tim at Tim’s Times is another Irishman in Sweden. Tim is also a sailor. Here are his comments on the strange and rather illogical alcohol monopoly in Sweden.

Po, aka the South African Sea Monkey, finds the cold snap in her adopted country a bit tough to handle. And I’ll throw in this one too because it was fun.

Jaywalker from Belgian Waffle is full of useful information about a country that few of us have seen, and that many of us even doubt the existence of. To get us quickly up to speed, she has prepared a nice Belgium Primer, using some toys. And, as a bonus, we can learn about the Belgian Christmas and all of its disturbing traditions.

My fellow exile Lingon is fuming quietly over at Screaming In Sweden. And in her article she discusses a topic close to my heart: my liver. No, wait, actually she discusses how it is to work in an office with Swedes and how they spend most of their time trying to not have any conflicts and how much they love going to meetings in order to plan how best to eat cake. It’s funny because it’s true.

Rottin’ in Denmark comes back with another one, this time about the fun-loving, beer-making, pastry-eating Danes and their outrageously racist party costumes.

Planet Nomad takes us through the trials and tribulations associated with buying schoolbooks in Morocco. Plus a good eating-out tip – the fabulous restaurant B.O.

Another temporary Swede, Mark Base, talks about ferries, toilets, playing music and drinking beer. And how can that be bad?

PiNG in Denmark, another of my swelling list of Scandinavian expats, tells us all about the time a strapping young Dane man came over to see to her chimney.

Now I hate to blow my own trumpet (mostly due to not being able to bend over far enough) but I have quite a lot to say on the subject of my current country of residence. About the insects that might kill you, for example. Or about Swedish temporal cycles. And possibly my favourite, how Swedes are obsessed by the best-before dates on their food and drinks. And if you like those, there’s 353 other ones to enjoy too, but don’t eat them all at once.

And that appear to be that. Apologies to all of you expats that didn’t make it into this edition, but I was short of time, and long of options. But there will be future opportunities! So keep your eyes on: