Skip to content
HomeThe Fall of the Soldiers of Destiny

This is good news. Those miserable bastards with their too-big suits, their thick country accents, their moist lips on the Bishop’s firm member and their fingers jammed up their own arses to the second joint, deserved nothing better. In fact, if you ask me, those despicable cunts should have to pay back their wages for the last two years and have their pensions docked forever. A finger or two removed wouldn’t hurt either. 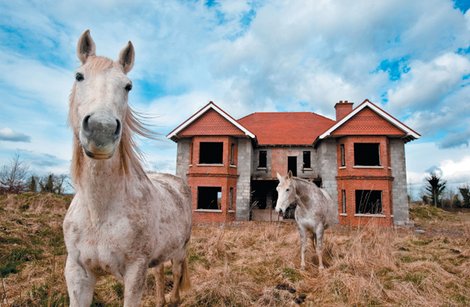 The Green Party, in coalition with Fianna Fáil, lost all their seats. Every single one. Well that’s what they get for getting into bed with the devil. I am, in a way, personally responsible for the Greens being in government at all as I was on the campaign team that got their leader, John Gormley, onto his first Dáil seat in 1997 by a margin of 27 votes. So yeah, sorry about that folks. It’s all entirely my fault.

Of course Fianna Fáil weren’t thrown out for being nasty and shite. If the country had been ticking along as normal, they could have been as corrupt as they liked and nobody would care. They lost their power because the economy folded. The main reason for the crash was the bail-out of two huge banks, and the resulting fuck-load of debt following a staggering loan from the EU and IMF. 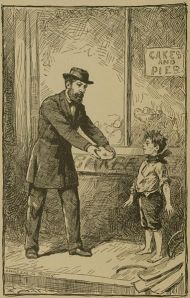 Other reasons include real estate agents (the miserable fucks) pushing up the property prices, the banks lending money to any ould tosser who wanted it, the developers covering the country with ugly houses and the Irish population scrambling to buy big fuck-off cars and tiny mobiles and borrow themselves into the fucking ground. The huge loan was the last massive stone on the already rickety raft. And Irish people, feel free to correct me on the real reasons for the crash. I don’t actually live there any more, you know.

Anyway, now the reins of power pass to Fine Gael, a centre-right party with very fine suits, very likely in coalition with the centre-left Labour party. Sinn Féin made big gains too and look like being a power in the next government. And along with them a shitload of independents with fascinating names and haircuts are heading to Dublin to claim their seats, all getting ready to deal with the biggest fucking mess in Ireland since Bloody Sunday.

I think it’ll be worth watching.

On a side note – have any bankers been brought to task for crippling the state and hurting the lives of Irish people for generations to come? Of course not, don’t be daft.

Where’s my hammer, pa, I think we got us some finger smashin’ to be done…

6 thoughts on “The Fall of the Soldiers of Destiny”