What do you get when you put the most incompetent bunch of idiots ever assembled on a spaceship, and team them up with the most moronic and lazy scriptwriters money can buy? You get Prometheus, is what you get. The latest nail in the coffin of movie science fiction and intelligent cinema. And the latest reason to keep old men away from the good things they made in their youth. At all costs.

This film is a joke. It pretends to be “deep” and “philosophical” but just throws together random and badly thought-out space-movie tropes in any order. None of it makes sense, even in the logic-sparse world of big-screen science fiction. 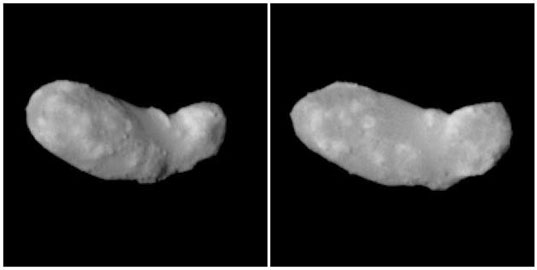 Every single thing the characters do is unbelievable and stupid. They expose themselves to alien environments and substances at the drop of a hat. They show no curiosity about the things happening on their own ship. They all seem incredibly unsuited to their jobs. They are scared by pointless things, and completely not bothered by, oh, actual aliens.

Two crew members die in the alien structure, and nobody knows about it. Despite having a fucking massive high-tech console with every possible kind of feed. Apparently there’s no “record” function, and the guy on duty heads off for a quick shag. Nobody misses them until the next morning, and still they can’t figure out why they’re not saying anything.

Don’t even get me started on the alien structure’s very handy holographic projector, which replays only scenes that are extremely relevant to the plot, for no fucking apparent reason. Or the “archeologists” who’ve crossed thirty light-years for this mess and decide to take the first night off and hang out a bit. In their bedroom. Or the inane warbling about alien and human DNA being the same, while ignoring the fact that human DNA is similar to that of every creature on the Earth.

I can forgive a little hand-waving in movies, a little glossing-over of plot points for the greater good. But not in every single fucking scene. This movie was one long pointless chore. A chore made much worse in that I had to watch the fucking thing in 3D. And pay 50% more for my ticket for the fucking privilege.

Basically, I require the same from my science fiction movies as from other kinds — that they make sense. Why is this very basic demand so often disregarded? Do they assume we’ll come for the fucking flashy CGI and turn our brains completely off? Just because there’s spaceships and, oooh, aliens? Fuck you Hollywood, you lazy arrogant pricks.

I want to shove a spear up Ridley fucking Scott’s arse for treating me like a moron. That’s what he did with this movie. He charged me money for this dirge and sprayed diarrhea on a screen and said, “Look! It’s an alien, see?”

Don’t see this. It makes science fiction, the most intelligent and far-thinking of genres, into shit pudding. And please, somebody stop that bastard Scott from ruining Blade Runner in the same way by doing a prequel or a fucking remake or whatever the fuck he might be planning. For all that’s good and fine, please stop him. With a crowbar if necessary.