Colin Nutley is an English director who lives and works in Sweden, and has been pumping out the crowd-pleasers for a decade or two. 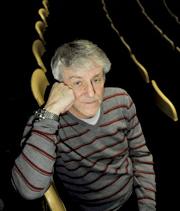 Don’t go away – there is a point here, and it’s amusing, so bear with me.

Mr. Nutley has made 8 more movies since 1994, and all of them had Helena Bergström as the female lead. Every last one. And I’m not aware if Mr. Nutley did anything else in the last 18 years than the work listed in the IMDB – perhaps a toothpaste commercial or two – but if he did, I would bet my arse that it also had Helena Bergström in it.

Now the funny thing is that Helena Bergström is Mr Nutley’s wife. And this is where it all becomes just a bit creepy.

Now, as good as Ms. Bergström might be as an actress, can it be possible that EVERY script that passes Colin Nutley’s table is just perfect for her? That she can breathe life into every female lead character that Mr. Nutley has seen on paper in almost 20 years?

I mean, come on, isn’t it all just SLIGHTLY embarrassing? 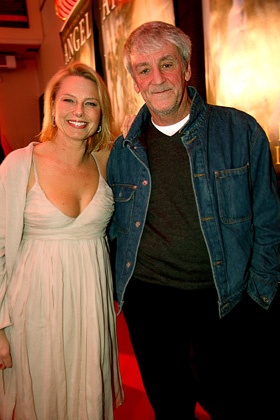 I wonder how it works. I mean, does Colin Nutley throw a tantrum at the casting meeting until he gets his way, or hold his breath until he faints? Or he does try to get it in sneakily, like: “Wait, I know just the lady. What’s her name again – yeah, Helena Bergström! Do you know her? She’ll be perfect! Again.”

Perhaps Ms. Bergström withholds certain home privileges if she is not hastily cast in every lead role. Or maybe as punishment she makes sub-standard porridge for a month. Or farts in bed. Or puts gravel in Colin’s slippers in the middle of the night.

Or perhaps Mr. Nutley combs frantically through the scripts offered to him, locates only the stories with blonde and 40-something female leads, chucks the rest, and puts the chosen script on the breakfast table with a cute little note and a love-heart doodle on it?

Doesn’t Colin Nutley want to work with anybody else, ever, for the remainder of his career? Isn’t he even curious? It seems not. He must actually enjoy hanging out with his wife at home, and then all day at work, and in the car home, and the whole day after that until one or the other of them is dead.

Now is it just me, or is that all just a tiny bit odd and more than a tiny bit creepy?

14 thoughts on “The Talented Mr. Nutley”